The Field of Crosses Memorial Project 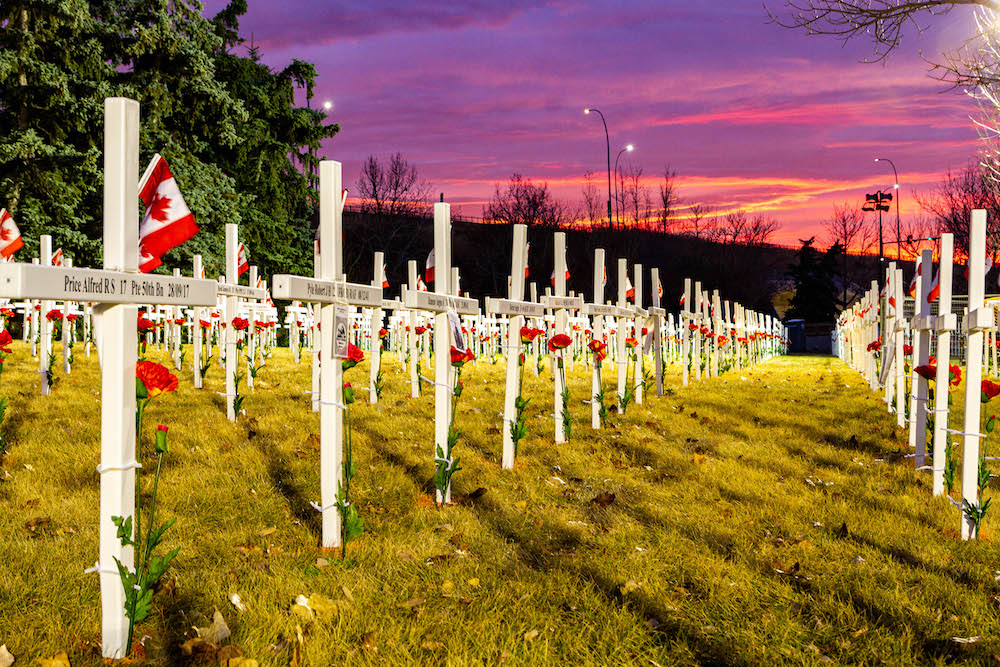 Each November 3500 crosses are erected in a park along Memorial Drive, in Calgary, to pay tribute individually to the thousands of Southern Albertans who made the ultimate sacrifice defending our freedom.  In addition, a separate part of the park is set aside, with 120 unique crosses, for a special memorial to the 120,000 heroes from across Canada who lost their lives fighting for this great country.  All day and night people walk through the 5 acre memorial, which is illuminated 24/7, reading the crosses and being reminded that our freedom was not free.

Each morning from November 1 up to and including November 11, at sunrise, a moving flag raising ceremony is held including school choirs, military, buglers, pipers, Memorial Cross Families and VIPs pay tribute to our fallen.  Each evening at sunset a similar service is held and flags are lowered. On November 11 a poignant, televised Remembrance Day service is held.

Canadian Army Veterans, along with hundreds of volunteers assist in cleaning the crosses, installing the bases, erecting and taking down and storing the crosses. 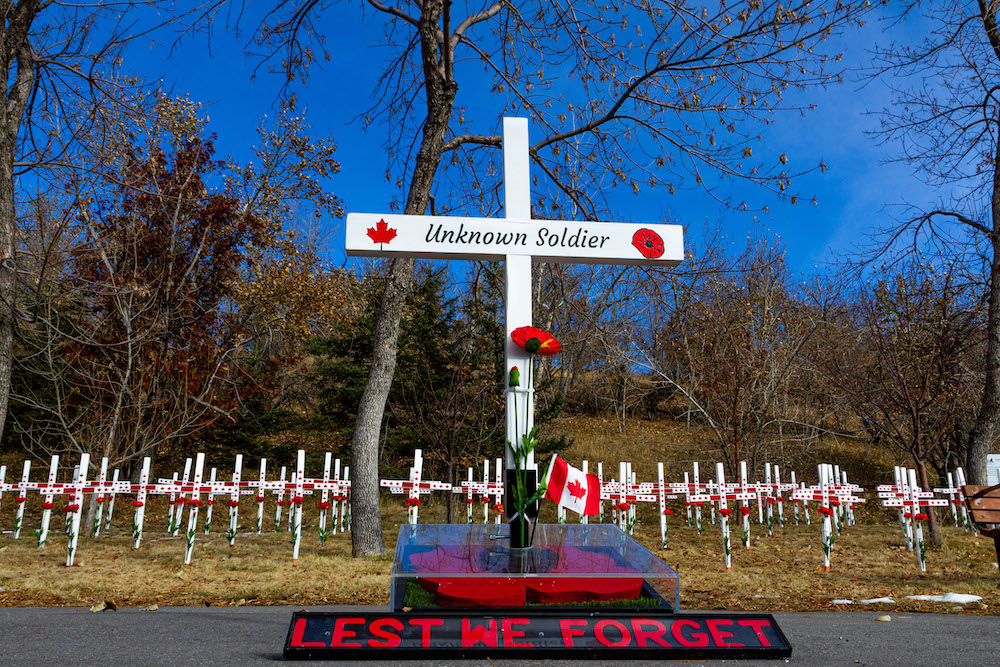 The Field of Crosses is the inspiration of Calgary businessman and philanthropist, Murray McCann. He realized how fortunate he had been to live his life in freedom because of the thousands of Canadians who had given their lives to make that freedom possible.

He contacted his long-time friend, George Bittman who headed up The Calgary Poppy Fund, with the idea of erecting crosses as tribute to the thousands of Southern Albertans who fell defending our freedom. The crosses would stand in military cemetery formation for the 11 days of The Calgary Poppy Fund Campaign as an annual visible reminder of those who gave up their lives. George Bittman passed away shortly after in a tragic accident. His spirit will live on in this project.

What for 10 years was a private memorial, founded and funded by Murray McCann, has now been gifted to the public as a registered charity to assure that 100 years from now we still remember and we never forget. 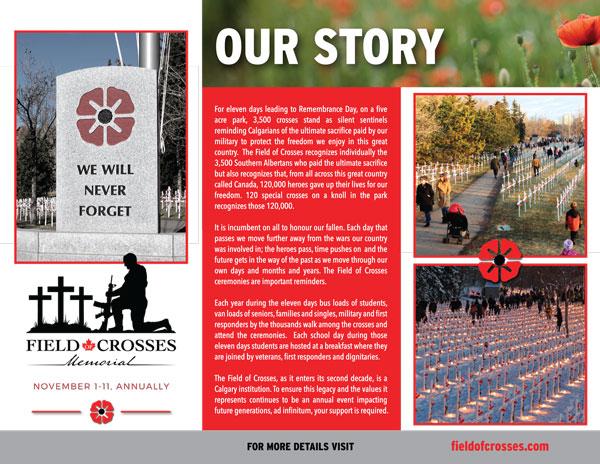 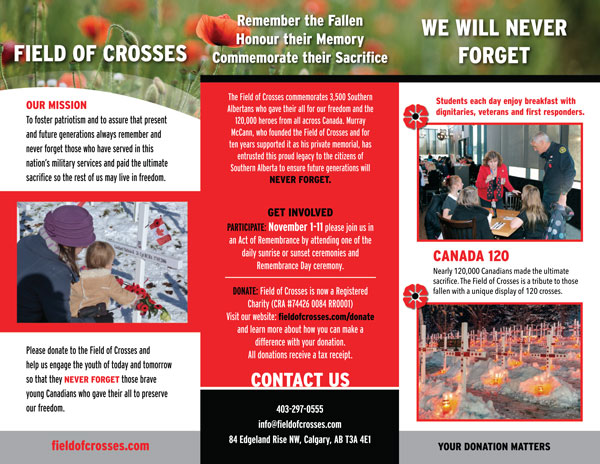 We are a diverse group of volunteers connected by an abiding respect for our military. We recognize the bravery of our soldiers who fill peacekeeping roles around the world as well as being prepared to go to war should our country put out the call. We are particularly appreciative and mourn those who gave up their lives so that we could live with the freedom we so enjoy.