Dozens gather for sunset service at Field of Crosses 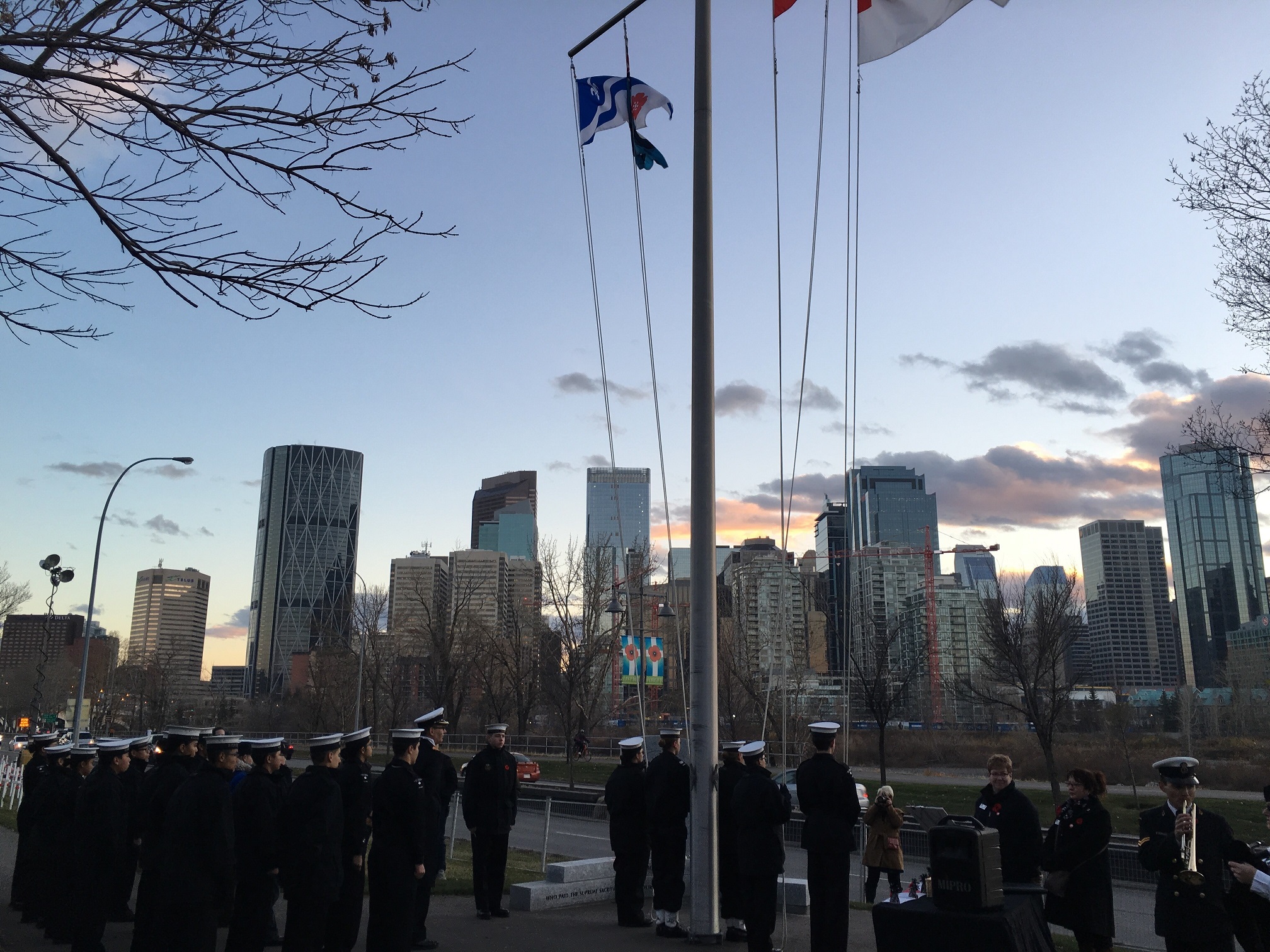 A small crowd gathered along Memorial Drive to remember the men and women who fought for our freedom Tuesday night.

At the first of a series of sunset ceremonies held at the Field of Crosses, flags were slowly lowered as a horn played.

This year, there are 3,200 crosses marking some of the men and women who lost their lives while fighting for Canada.

“It went really well, there are always some glitches, the poor piper her reed broke but she kept trying. It was really simple and lovely,” said Director Laura Vanderkruk.

Vanderkruk says thankfully, the number of crosses hasn’t grown because of new deaths but from more families stepping forward to make sure their loved ones are remembered.

“We just think it’s so important for the whole city to remember, especially for children,” she said. “Part of our mandate is to make sure the next generation never forgets and we actually have the Catholic School Board which has made biography cards for 317 of our crosses.”

The moment was not lost on young Lily, who was in the crowd because her brother is part of the cadet troop.

It is reactions like these that make setting up the thousands of memorials all worthwhile to veterans like Tom McMahon and John Kirk.

“Just coming here – we set the crosses up every year and just walking by and looking at the ages. They were kids when they went over and they never came home, I wish just half the city would come down here and see this and just look at the ages,” said McMahon. “Hopefully down the road, they’ll carry it on and keep coming here.”

“It’s important to do it just so we have a display of the men that we lost during the first and second world war, the Korean War, the South Pacific and Boer War. It’s important to show some background to why they sacrificed their life for us to have our freedom. I’ll do this every year, I’ve been doing it for three to four years now,” said Kirk. “I hope they take away from this the meaning of freedom, these men sacrificed their lives so we could be free.”

This is the ninth year for the Field of Crosses.

Previous article: « In its eighth year, Calgary’s Field of Crosses keeps growing.
Next article: Remembrance day begins in Calgary with the sunset ceremony at the field of crosses. »